n addition to welcoming new members, four dancers who had performed leading roles in previous seasons have been promoted. Isaac Montllor is now a CND principal dancer and three other members of the Corps de Ballet -Aída Badía, Lucie Barthélémy and Elisabet Biosca- are soloists.

Montllor, who was born in Alcoy (Spain), joined CND 2 in 2002 while it was under the direction of Nacho Duato and Tony Fabre and, since then, has only been away from the troupe during the year he spent in Montreal’s Les Grands Ballets Canadiens. “I am extremely grateful,” says the dancer regarding his promotion, “because it is a form of recognition of my dance and self-expression; of the way I tell a story.” Last season, the public saw this dancer perform in different leading roles, including Jose’s in Johan Inger’s Carmen and Don Quijote’s in the ballet of the same name, which the CND premiered in Madrid’s Teatro de la Zarzuela in December 2015. 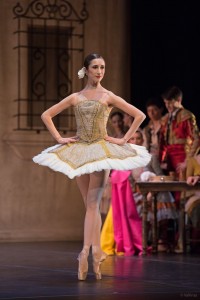 Prior to joining the CND in 2012, French ballerina Lucie Barthélémy was a member of the Bavarian State Opera Ballet (Munich). Lucie beams when she says, “at 30, and after 11 years as a dancer, I can honestly say this is the most amazing thing to happen to me professionally… a reminder that there is no specific moment or age when one stops growing.” Lucie has performed the leading role in Raymonda and in Don Quijote –as Dulcinea– among many others.

Aída Badía, who comes from Santander (Spain), joined the CND in 2012. Prior to that, she participated in a number of projects with some of the most prestigious choreographers in the world. Her artistic versatility made it possible for her to participate, as an example, in two Carlos Saura films: Iberia and Fados. Worthy of mention, among many accomplishments, is Aida’s participation in José Carlos Martínez’s Don Quijote as Mercedes or in the Herman Schmermann pas de deux by William Forsythe. “I am very grateful for the recognition my work has received over the past four years. This is a career that forces all of us to give our best day in and day out and it is very motivating to see our work being recognised,” says the ballerina. 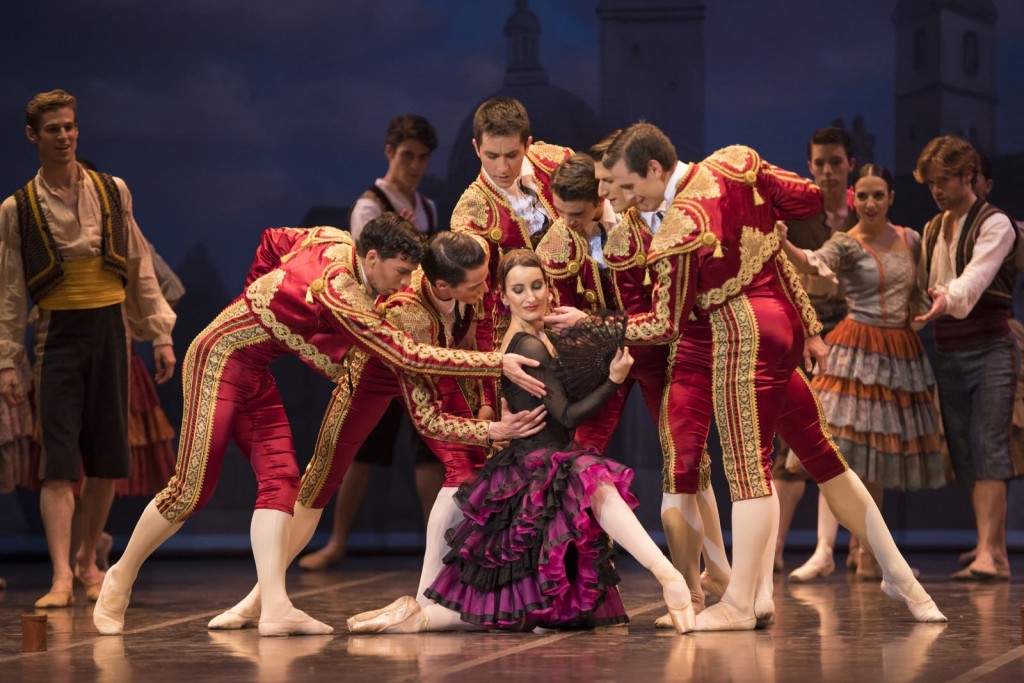 Last season, Elisabet Biosca, who joined the CND in 2010, performed Lady Capulet in Goyo Montero’s Romeo & Juliet, the lead in Carmen, and other starring roles in pieces from the company’s repertoire. This ballerina, who hails from Barcelona (Spain), had previously performed with the IT Dansa Jove Companya de Catalunya, from L’Institut del Teatre. Independently, Elisabet has appeared in a number of short dance films and now, following this promotion, she is “motivated and extremely happy to begin this new adventure because of all the artistic challenges that will come my way”.

This season promises to be an exciting one for the CND and its dancers, who grow artistically by the day and who have Jose Carlos Martinez’s complete trust to carry out his vision. Slowly but surely, the public is getting to know the members of the company who are responsible for its success.

Photographs: Isaac Montllor as Don Quijote and Jesús Florencio as Sancho Panza, Lucie Barthélémy and Aída Badía in Don Quijote. Elisabet Biosca in In Transit © Jesús Vallinas for the CND.