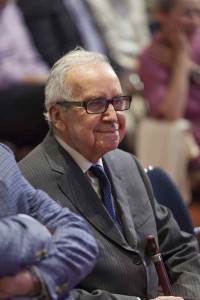 When Spanish poet Pablo García Baena (Córdoba, 1921) resigned after 5 years as Jury of the Loewe Foundation International Poetry Award, the Loewe Foundation and his Honourary President, Enrique Loewe, wished to pay tribute to him. This homage to the poet was intended to thank and lavish him, but also to think over his extraordinary work.

Last Tuesday, the Instituto Cervantes in Madrid hosted this celebration of memories, love and admiration where he met friends, colleagues, readers and scholars who revealed the enormity of García Baena’s legacy. Víctor García de la Concha, Enrique Loewe, José Infante, Guillermo Carnero, Luis Antonio de Villena and Joaquín Pérez Azaústre spoke about the unquestionable excellence of his poems; García Baena was awarded with the Prince of Asturias Award in 1984 and the Premio Reina Sofía de Poesía Iberoamericana in 2008. Moreover, his friends and colleagues highlighted García Baena’s extraordinary humanity, his generosity and integrity. 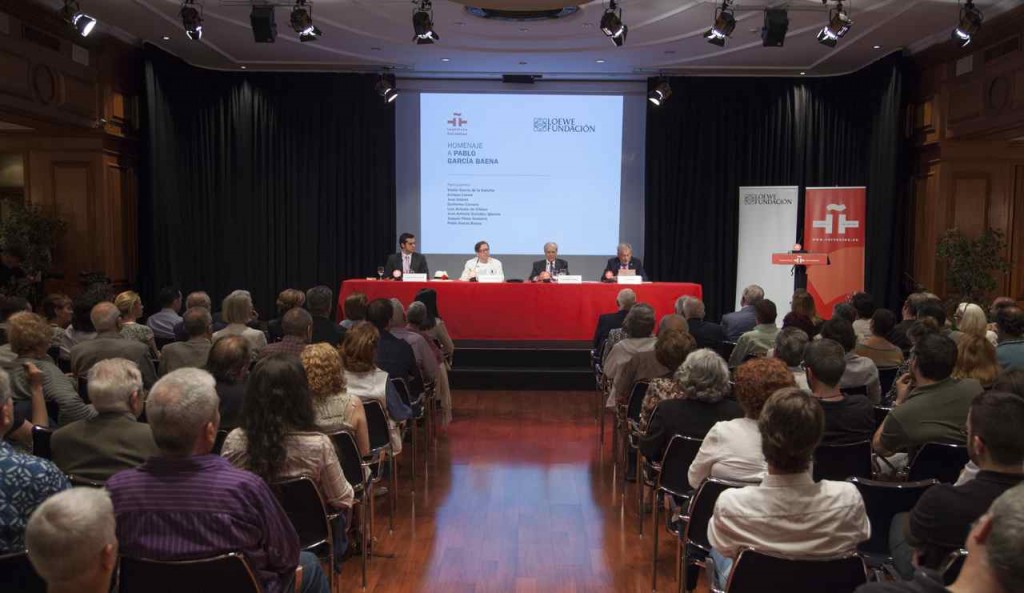 The words of Víctor García de la Concha -Director of the Instituto Cervantes and President of the Loewe Foundation International Poetry Award – distilled admiration and repect towards García Baena; he rememberd that the poet always provided “the most serene and erudite doctrine” during the deliberation of the Jury, where he was always “the very last one to speak”. The poet José Infante had said before that “the best hommage for a poet is to read his poems”, and so it was. Pablo García Baena, again the last person to raise his voice that evening, read his unpublished poem titled “Las rosas” which will be included in his next book, to be published by Editorial Visor.

That morning, Pablo García Baena had deposited his legacy in La Caja de las Letras housed at the main building of the Instituto Cervantes in Madrid. The contents, that García Baena declined to reveal, include a message for his grandnephews and great-grandnephews: words, the memories of the past and the complicity with the future well preserved inside a Loewe box. 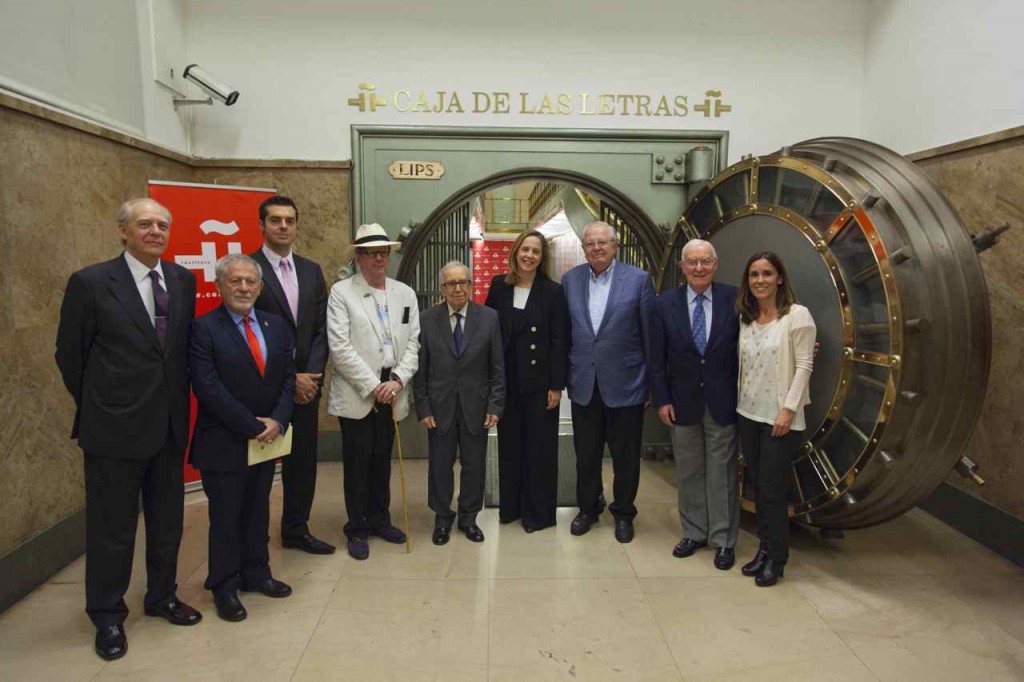