It is no coincidence that LOEWE’s Madrid Gran Vía store –it opened in 1936 and it is the brand’s oldest retail space that remains open today– is hosting an exhibit showcasing one of the fashion brand’s most distinctive features: its windows. The exhibit is a time travel experience that brings us closer to LOEWE’s history and shouldn’t be missed.  It spans 70 years of displays and 8 different themes. 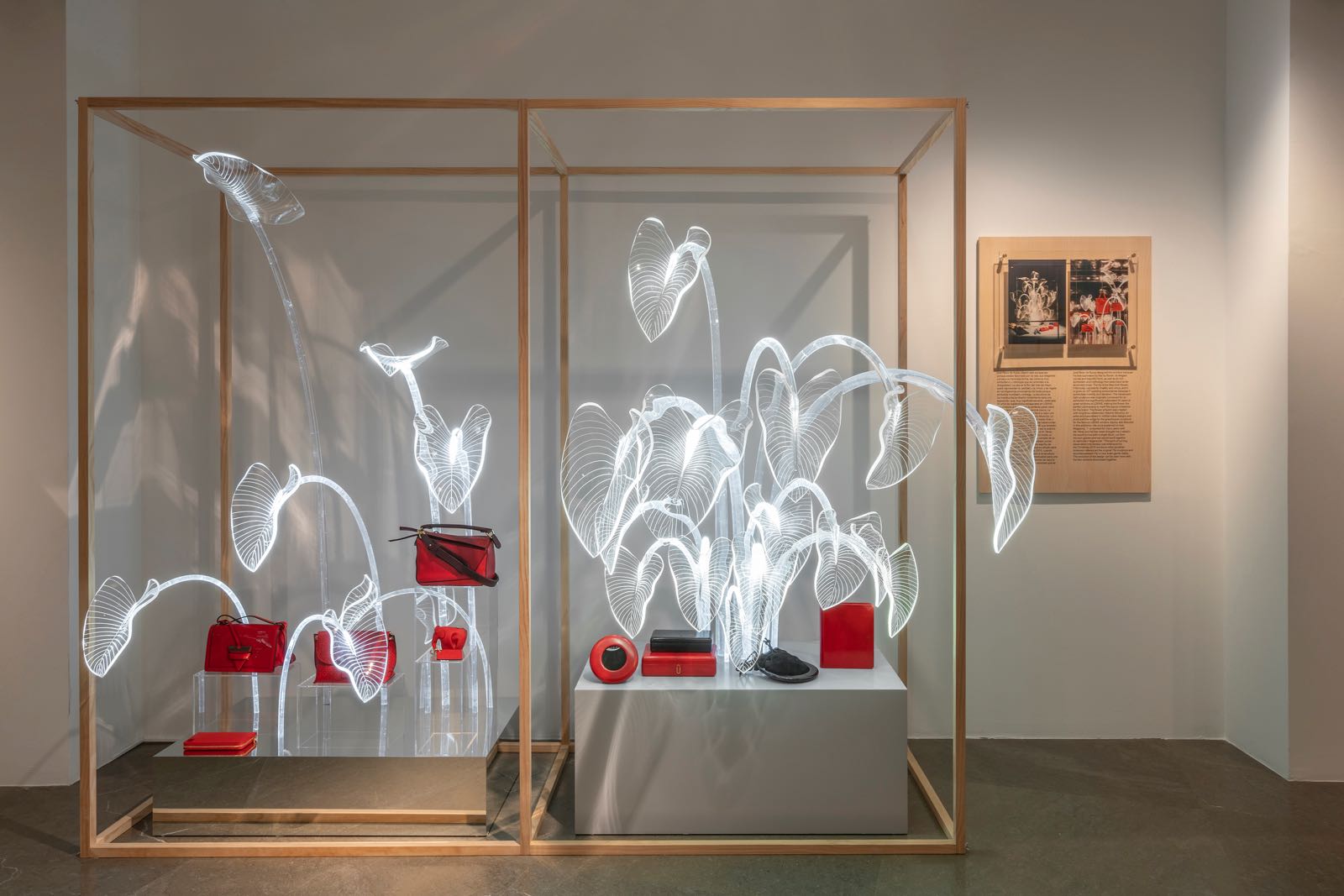 Designed by visual artists and artisans, the fashion house’s windows have always caught the eye and attention of passers-by; in exhibit the exhibit, there are recreations of some of the most memorable windows, a few juxtaposed with current interpretations by Jonathan Anderson, LOEWE’s Creative Director. In addition to photos and explanatory texts, the sample includes iconic pieces, such as a huge metal grasshopper from the 1960’s designed by José Pérez de Rozas –the fashion house’s magnificent window designer for more than 30 years– which stands next to Anderson’s reinterpretation of the same grasshopper for the summer 2017 display. 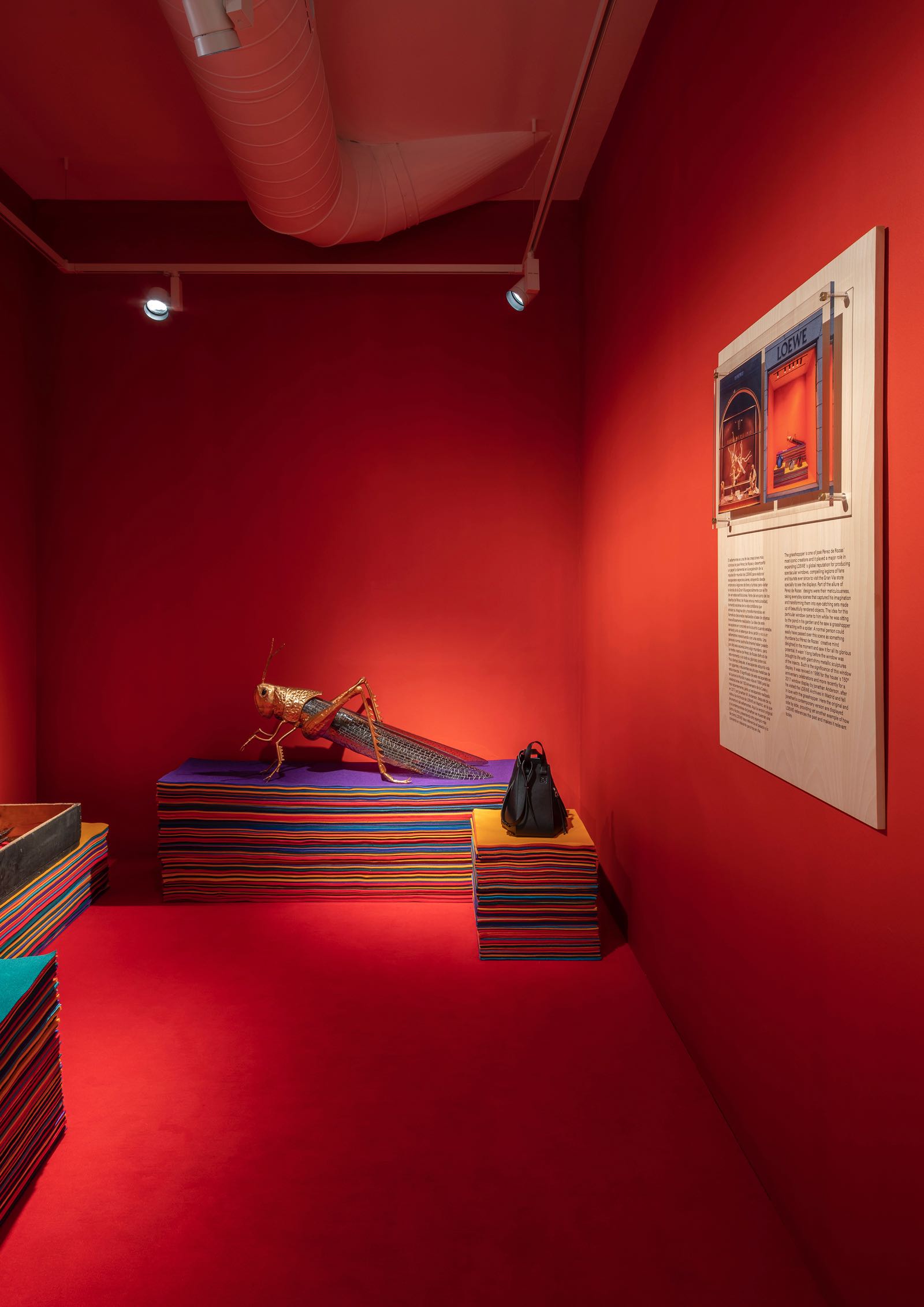 Also on view are wax and watercolour sketches of the windows that Perez Rozas drew, a few impressive horse heads by sculptor Amadeo Gabino, and a sculpture of Princess Margarita, the main subject of Velázquez masterpiece Las Meninas, on loan from Enrique Loewe’s personal collection. 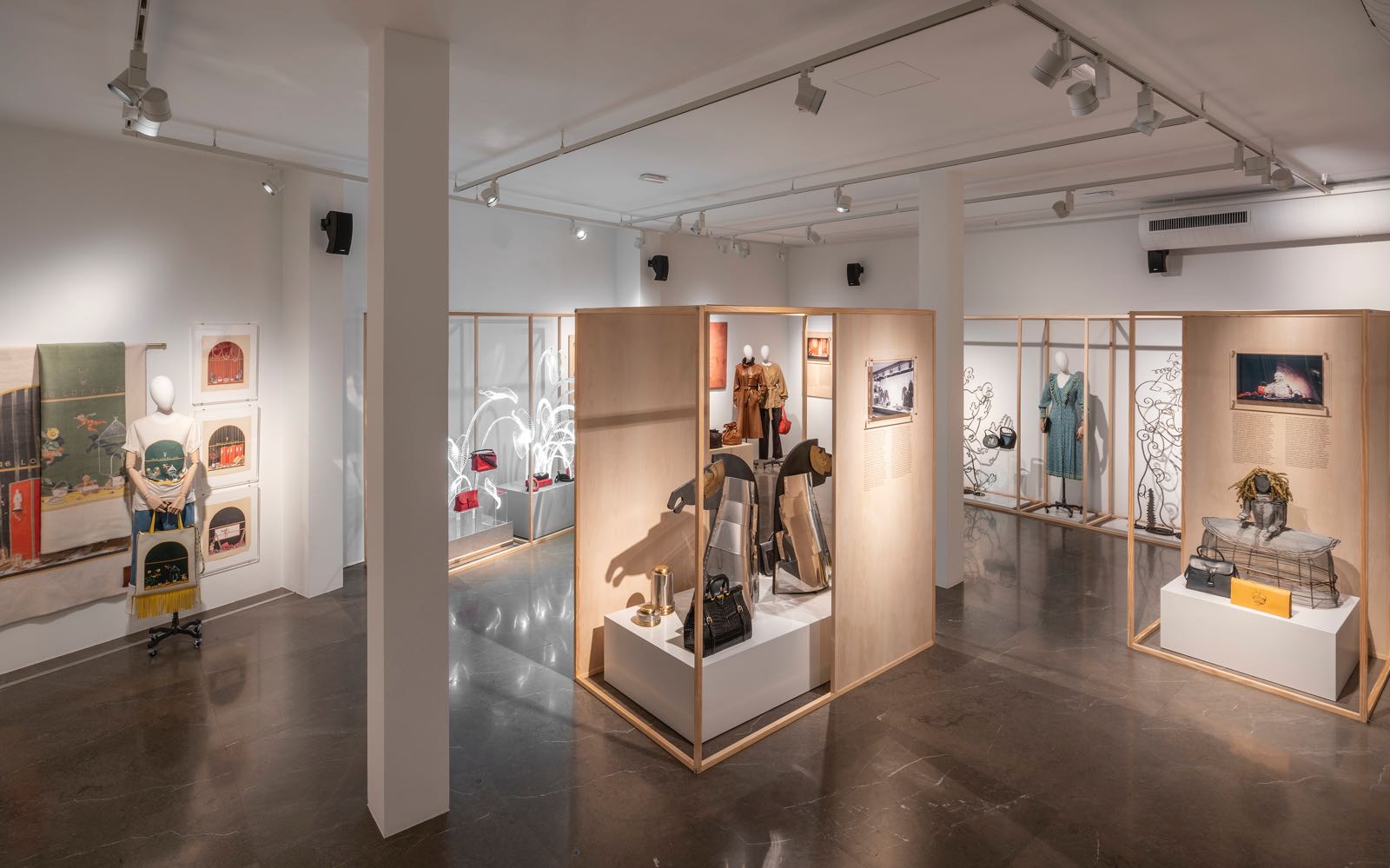 Once again, LOEWE’s history, creativity, and excellence in craftsmanship takes us on a journey through time allowing us to appreciate the social and aesthetic particularities of past generations.