The LOEWE FOUNDATION has signed a partnership with the Antonio Gala Foundation resulting in a promising joint undertaking by two entities dedicated to the advancement of Spanish poetic creation. The recently signed agreement establishes the terms of a collaborative endeavour seeking to promote poetry and support young poets. 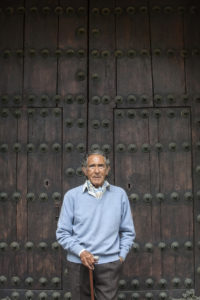 This full academic-year residency allows participants to fully immerse themselves in their music, literature, visual art or plastic art projects, whilst interacting with artists whose specialty may lie in other disciplines, all in an open and highly productive environment. Javier Vela and Raquel Vázquez are two LOEWE Young Poet’s Award recipients who earned one of these residency scholarships in the past. In addition to enjoying an ideal setting to hone their creativity and do research work, participants are supervised by Antonio Gala Foundation tutors. Ben Clark, also a winner of the LOEWE Young Poet’s Award, is one of those tutors, a fact that helps strengthen the bonds between older and younger generations of Spanish-speaking poets.

The LOEWE FOUNDATION, which launched the International Poetry Prize in 1988 to promote and give greater visibility to poetic creation, is once again standing behind this literary discipline. Representatives from the LOEWE and Antonio Gala Foundations will meet to analyse the progress of Spanish poetry and jointly promote projects that benefit its creation and dissemination.