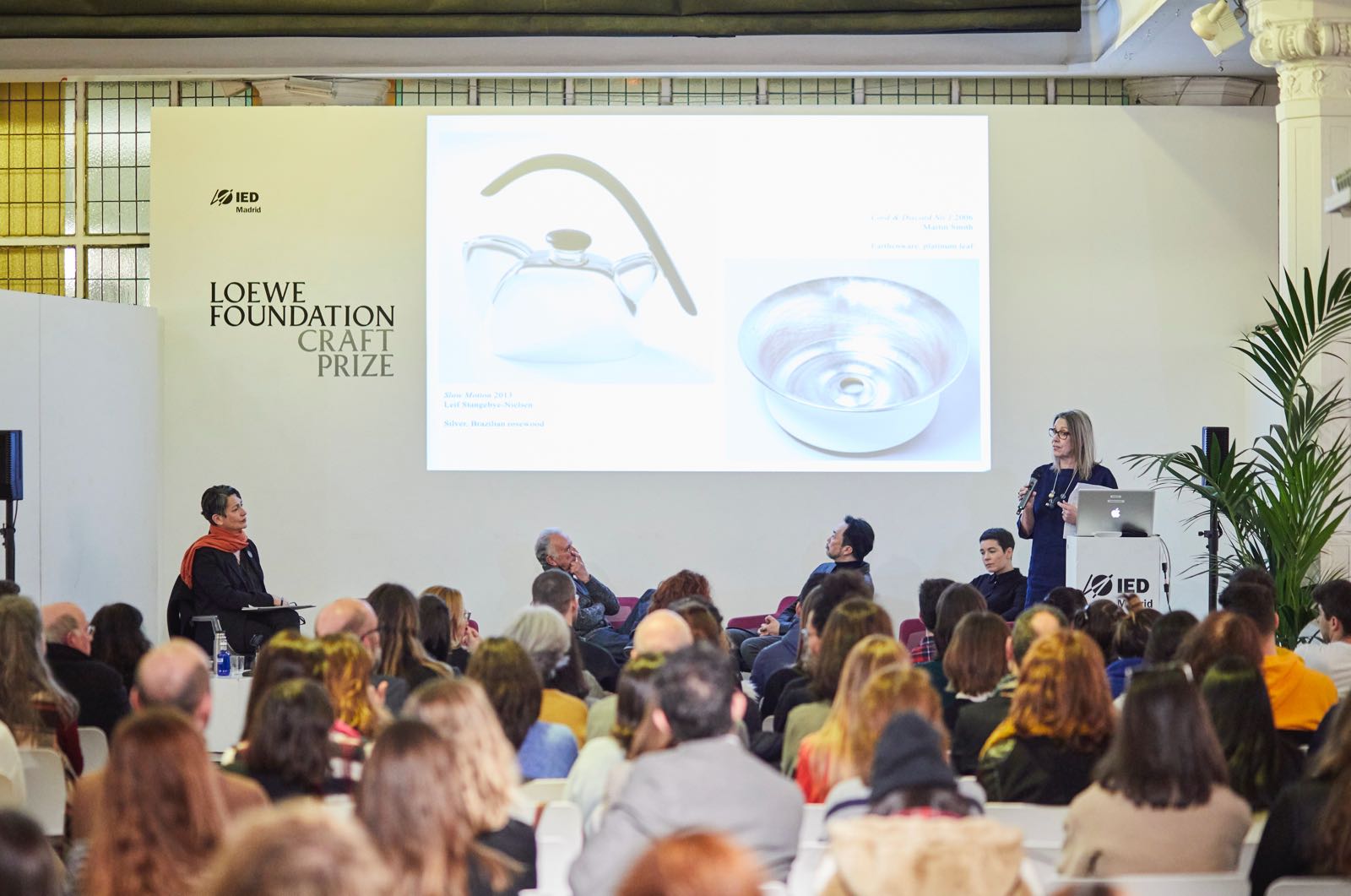 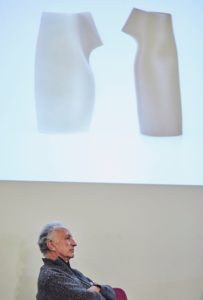 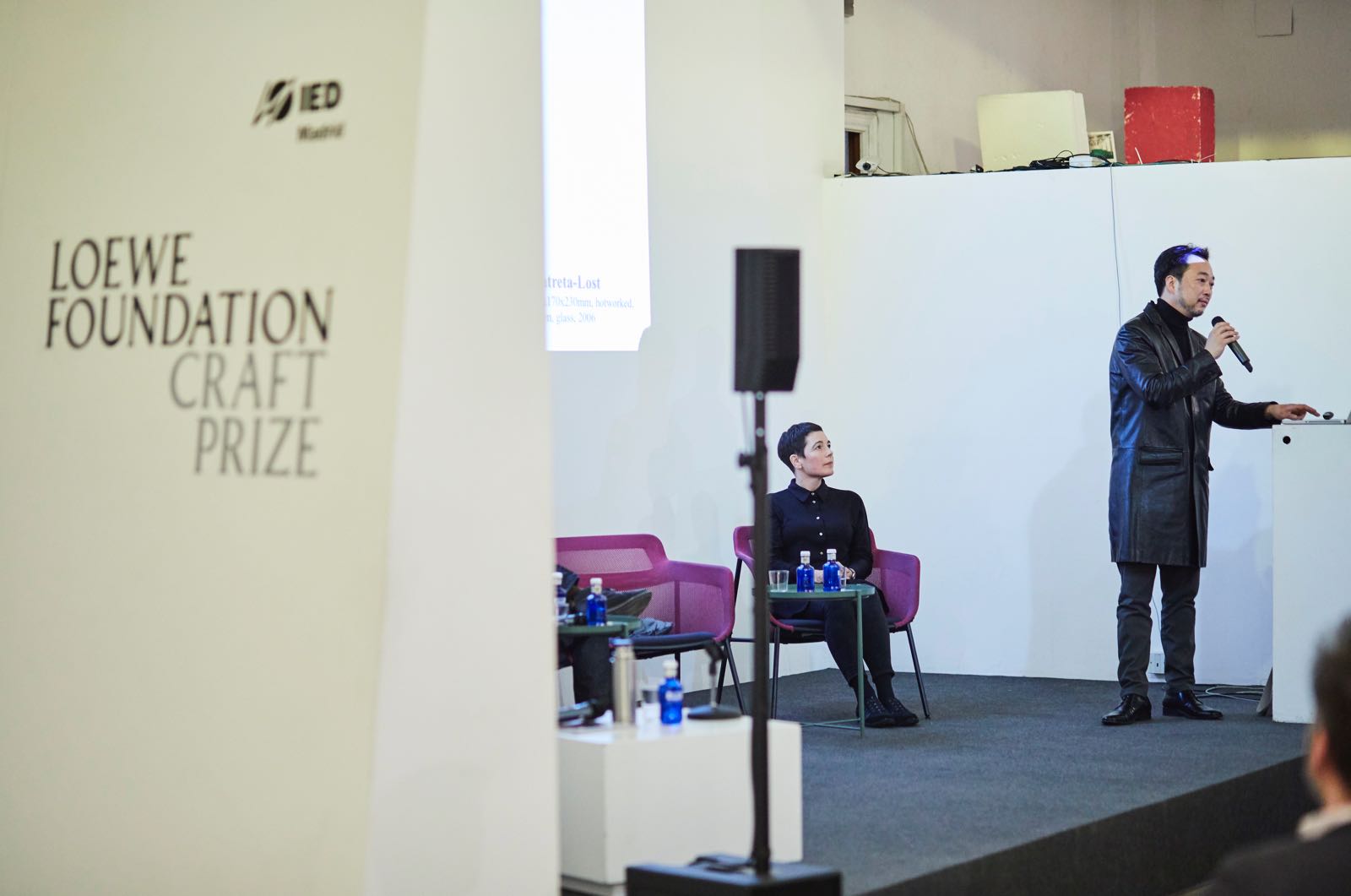 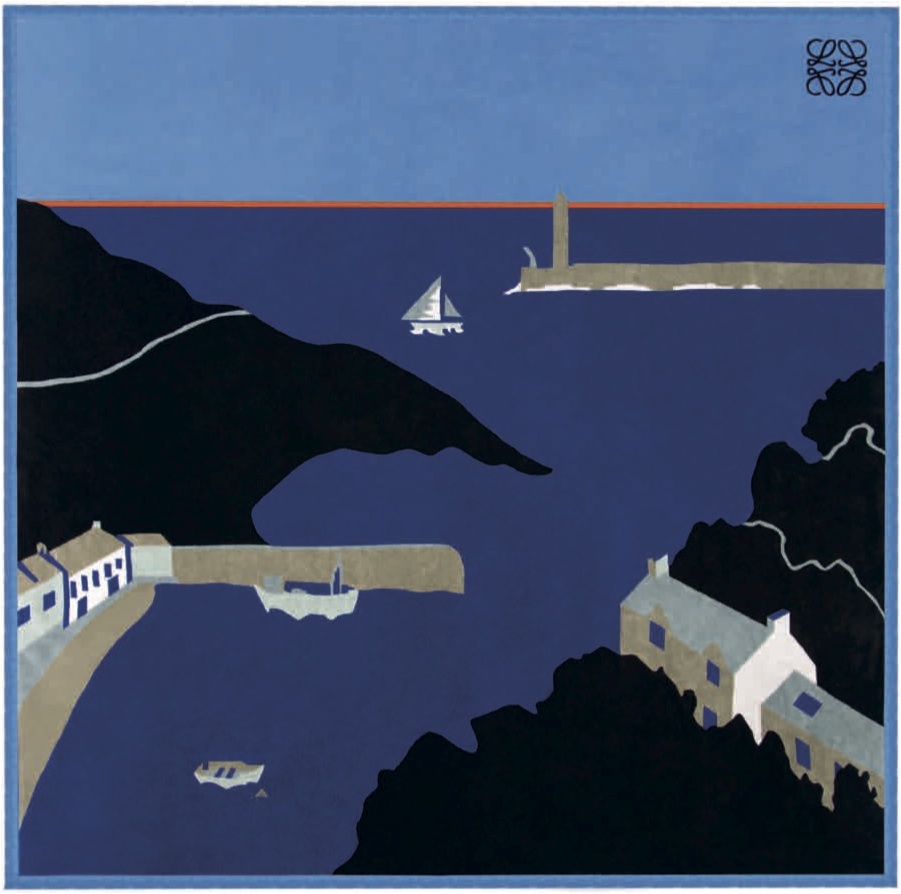 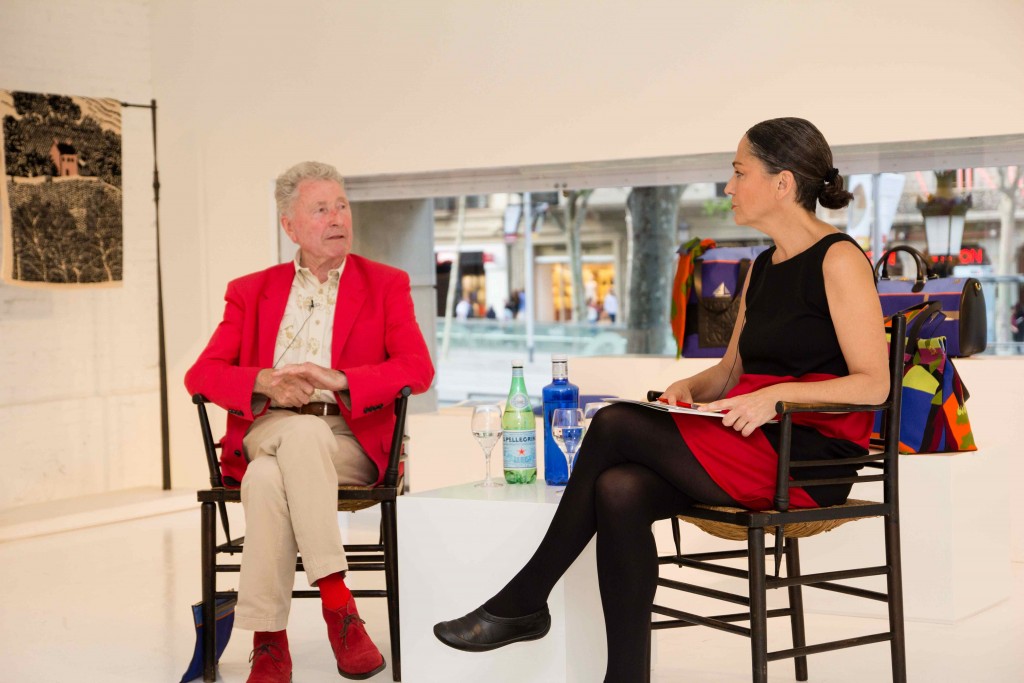 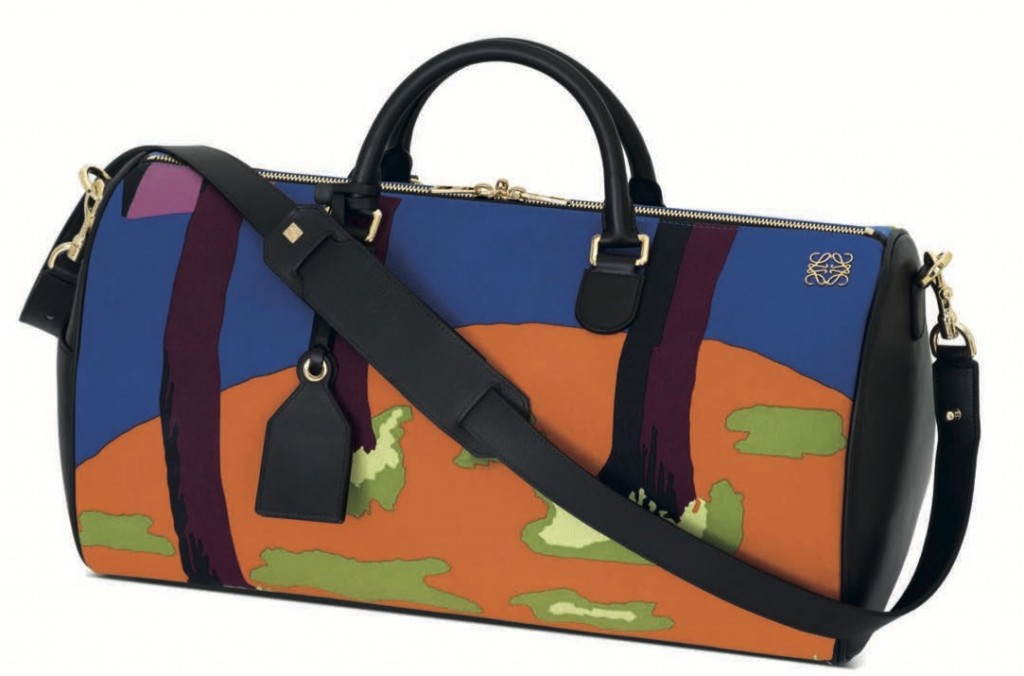 “The best objects are those made by craftsmen who have taken pleasure in creating them.” This was written over a century ago by William Morris, the Arts & Crafts ideological British designer, and adopted by Barcelona-born jeweller Ramón Puig Cuyàs (1953). The goldsmith’s brooches can be admired in Madrid, in Loewe’s 26 Serrano Street store until the end of April. The ideas that make these “timeless pieces always seem new” – to quote Jonathan Anderson, the brand’s Artistic Director – were discussed by the jeweller himself last Thursday in the legendary Madrid Gran Via store. 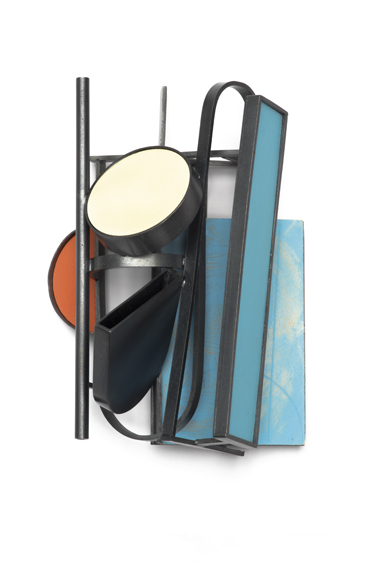 The fact that an idea that is almost as old as Loewe’s first store –the location chosen by the Loewe Foundation to organise this second conversation- should still be current, summarises what the brand and the goldsmith were trying to transmit. The dialogue “The human factor in today’s creations” was, in fact, a live interview (journalist Anatxu Zabalbeascoa posed the questions) and a plea in favour of “creation with content” like the work produced by the Catalan goldsmith, who thanks to Anderson’s keen eye, was discovered by almost everyone in the audience.

Puig Cuyàs corroborated that it is only when one knows the past that one may form the necessary criteria to look to the future. The jeweller discussed the non-conformist component of jewellery, remembering that in the aftermath of the Spanish Civil War it was artisans who tried new materials, not only because they lacked resources, but also to disassociate themselves from the so-called “ jewels of the black market”. As a direct consequence, and as would later also occur after World War II, a jewel was no longer about the precious metals it was made out of, but rather about artistic creation. That was how Puig identified the difference between jewels with material value, “designer” jewellery, and the few pieces that seek “to give shape to the occult” and that consequently traipse the quicksand that leads to art. 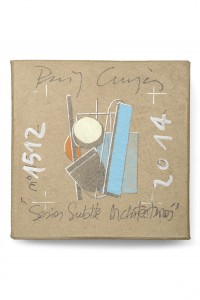 We are the society that has amassed the largest number of objects. Also the one that feels the least attached to its possessions. As such, we have lost the memories associated with our belongings. In addition to being unsustainable, this situation shows us in a very unfavourable light. For that reason, when facing the challenge of digitalisation – and the inevitable and ongoing disappearance of the numerous objects that technology has done away with – Ramón Puig Cuyàs spoke in favour of the fundamental –and not anecdotal- importance of the ornament as imprint, memory and creation.

What Jonathan Anderson wanted to showcase, Loewe’s cultural heritage, Puig summarised as honesty, authority and truth applied to any creation. This belief in the importance of the content allowed the jeweller to defend imperfection as a personal and never ending vocabulary, as opposed to the almost mathematical language of perfection. We may draw from another Arts & Crafts artist to summarise the dialogue of opposites (chaos and order, serious and entertaining, heavy and light) captured in Puig’s latest brooches. “There is hope in honest error. None in icy perfection.” These words were coined by the architect Charles R. Mackintosh, but they could very well have been first pronounced by Puig, who closed by defending the power of his brooches as “gender-free ornaments able to broaden identities.”

Jewells that break down barriers, brooches that need the body as a frame, or as a pedestal; useful art and creation with substance. All this is can be seen in the collection of brooches that summarise the work that goldsmith and painter Ramón Puig Cuyàs has produced over the past 40 years. This was explained during the second conversation organised by the Loewe Foundation. Jewellery as art and the brooch as a vehicle that broadens one’s identity.