The Toulouse Ballet du Théâtre du Capitole presents The Nutcracker at Barcelona’s Gran Teatre del Liceu with the support of the LOEWE FOUNDATION. This traditional holiday-season ballet narrates the adventures of little Marie and is performed to Tchaikovsky’s score.

Inspired by his own childhood and experience as an étoile at the Paris National Opera Ballet, Kader Belarbi, the company’s director, has choreographed his own version of this classical masterpiece that premiered in 1892 at the St Petersburg’s Imperial Ballets. Act One takes place at a children’s boarding school where a handful of orphans spend Christmas with their headmaster, a character by the name of Drosselmeyer. Belarbi grants him magical powers that will allow Marie to dive into a dream-like world filled with adventures. 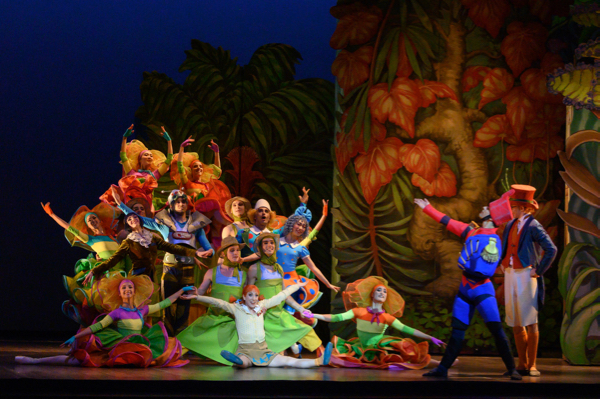 In complete juxtaposition with the sombre opening act, Act Two is a magical display of music boxes, folding paper fans, and colourful cut-outs designed by Antoine Fontaine with lighting by Hervé Gary. Carefully designed costumes by Philippe Guillotel blend-in seamlessly with Kader Belarbi’s choreography, which includes on pointe, but no pink tutus. Under his able direction, academic ballet becomes an artistic medium that frees dancers from the heaviness of virtuosity. Marie, the lead character, who reminds us of Pippi Longstocking –fun red wig included– surrounds herself with a group of five “toy” friends reminiscent of the famous children’s saga that Enid Blyton penned. It would appear that Belarbi’s own childhood merges into the character development to surprise us with paradoxical familiarity and transgression. This is especially true during the second act: the Spanish dancers are frogs, the Arabian scene features a Michelin Man lookalike, and the Russian dance takes us back to a soviet factory where the mysterious Drosselmeyer manipulates mechanical toys and inventions at will. 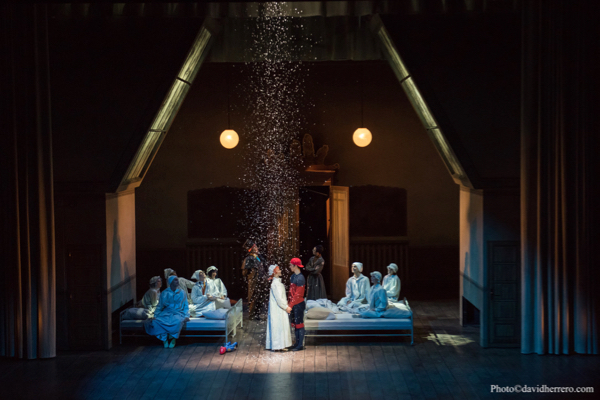 For this choreography, Kader Belarbi turned to the play that inspired the original Nutcracker ballet: Alexandre Dumas’ The Nutcracker and the Mouse King. He also tapped into the fascinating aesthetics of film director Georges Méliès to ensure the ballet would captivate the attention of both children and adults. Under the direction of Marius Stieghorst, the Gran Teatre del Liceu orchestra accompanies the Théatre du Capitol ballet company interpreting Tchaikovsky’s score, with arrangements by Anthony Rouchier. Watch The Nutcracker in Barcelona from 28th December to 4th January.