The LOEWE FOUNDATION is pleased to announce the opening of Tanabe Chiku’unsai IV’s site-specific bamboo installation in the historic Nijō Castle for the Kyotographie festival. 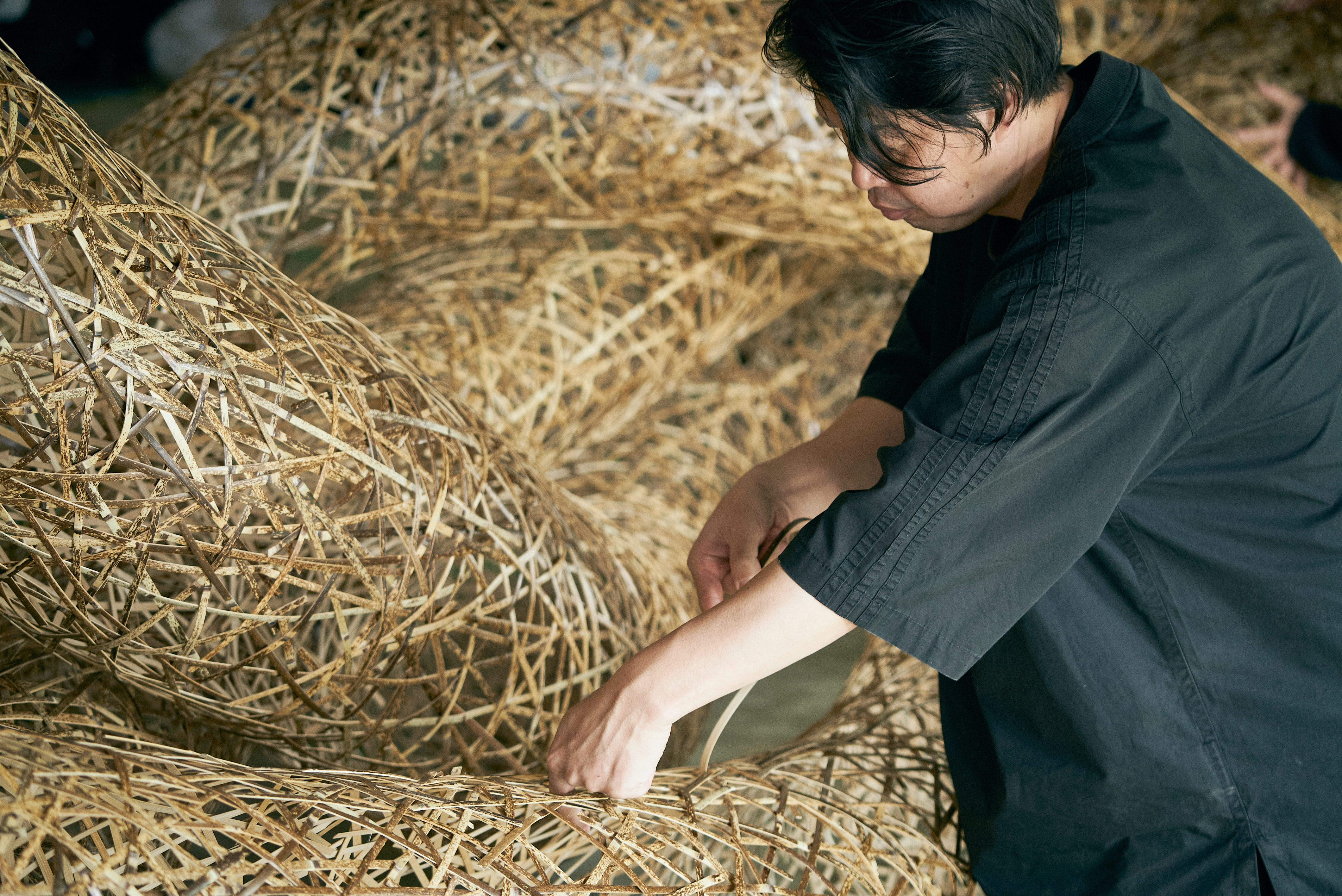 As passionate advocates for art and craft all over the world, the LOEWE FOUNDATION is proud to support the internationally acclaimed artist Tanabe Chiku’unsai IV’s exhibition Connection-STAND during the Kyotographie festival of art and photography. Centred around a series of large, intertwined sculptures made from intricately woven bamboo installed within the 17th century Nijō Castle, a UNESCO-protected World Heritage Site, the exhibition also presents a series of specially commissioned photographs and a video documenting the making over the installation, created on-site over four days leading to the opening.

Tanabe Chiku’unsai IV was born in 1973, in Osaka, Japan, into a prestigious lineage of bamboo artists which can be traced back over 100 years. His works assimilate modern techniques with four generations of bamboo traditions to weave large, amorphous installations with the purpose of attracting global audiences to the wonders—and inherent sustainability—of working with the world’s fastest-growing plant.

Exploring themes of circularity, innovation and individuality, Chiku’unsai IV’s artworks embody a simple yet intricate sense of beauty. With each piece of bamboo being unique in their own way, the undulating forms of Chiku’unsai IV’s woven objects and installations are guided by the “different personalities” of each strand of tiger and black bamboo he uses. As bamboo has a stronger tensile strength than steel, his structures, created solely by human hands, support themselves. Often, the artist reuses material from previous sculptures when creating new works, and as such, his practice is as much a meditation on evolution and the cycle of life as it is a demonstration of bamboo’s aesthetic and architectural potentials.

Titled ECHO, the ninth edition of the Kyotographie exhibition explores humanity’s relationship to nature in the decade since the Great East Japan Earthquake and tsunami struck Japan in 2011. Running from 18 September – 27 October 2021, Tanabe Chiku’unsai IV’s Connection-STAND takes place in the Daidokoro Kitchen, Okiyodokoro Kitchen of Ninomaru Palace, in the southwest of the Nijō Castle complex. A selection of his work will then be installed at the LOEWE Paseo de Gracia store in Barcelona in early 2022.