“I wrote El color de la granada when I was 25 years old; I’m now 30….and I won the LOEWE Young Poets Prize,” explains Carla Badillo Coronado. The 2015 winning book was written during the time it took for the fruit to “decompose before her eyes.” Quite a challenge for such a young person.

“A prize doesn’t make you better or worse, nor is it an objective in and of itself –at least not in my case– but rather a consequence,” asserts the poet. She believes that out of all her books, both published and unpublished, this one is “quite unique because of how it was conceived, as if it were the work of a goldsmith. Sometimes language doesn’t quite rise up to the challenge of giving form to that particular poetry or hidden revelation and there is an ongoing struggle between what you want to communicate and the language you use, because it’s not up to par.” 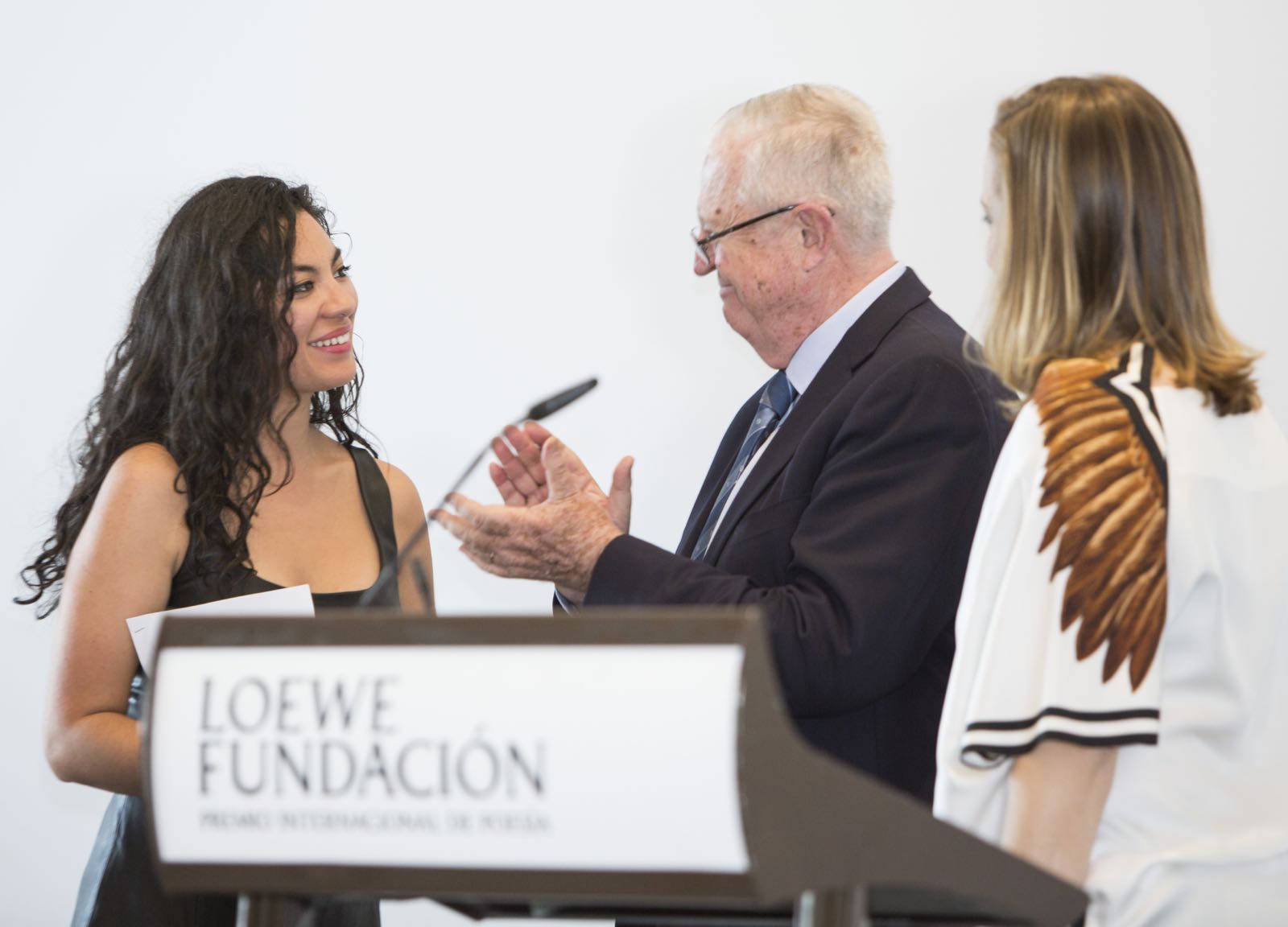 Carla was attracted to the publishing possibilities that the LOEWE award offered. She points to the “seriousness” of the rules of entry and admits that she submitted her book without realising the prestige and recognition that winning the award would afford her. “I didn’t know any of the jury members and it’s the first time the Prize goes to Ecuador.” She does remember feeling that “the book was ready” and that something within pushed her to send it off, despite her lack of resources at the time: “I had to borrow money to print the manuscripts and mail them to Spain!” Today, Carla Badillo Coronado is the first Ecuadorian woman whose work has been published by Editorial Visor and she is incredibly pleased that her book “stood out among 800 manuscripts from 29 different countries.” That is precisely why she dedicates her win “to Ecuadorian immigrants living Spain, who live in difficult circumstances while fighting to have a respectable life, because that’s exactly what I’m trying to do myself. I strive to be coherent with what I believe and to let my intuition be my beacon.” 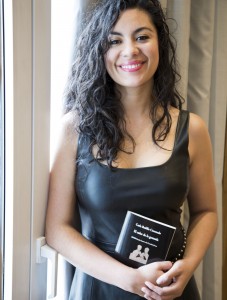 With regards to her day-to-day she declares that “writing is what allows me to find harmony in chaos.” Following a difficult year during which she suffered an emotional breakdown, and just 24 hours prior to winning the Loewe Prize, this writer and reporter published her first novel –Abierta sigue la noche– with an incredibly high print run, as part of Ecuador’s Reading Incentive Plan, and is happy to navigate the waters of both genres: “I like to express myself using different languages; I have always been drawn to that hybrid and that’s evident in El color de la granada.”

Carla is a woman who tries to distance herself from the world; she doesn’t have a cell phone so that she “can find the silence that a writer or poet needs.” She knew exactly how she wanted to spend the award money: travelling and writing, and that is what she’s done for almost a year. “My goal is to reach the Caucasus and Armenia, the birthplace of both Sayat Nova and Sergei Paradjanov –so tied to El color de la granada– which is particularly key this year since 2016 marks the 100th anniversary of the Armenian genocide.” Sure of her intuition, Carla states: “My education lies in the books and materials I’ve read….and in the people I’ve met throughout my life. I have no fears.”