Víctor Rodríguez Nuñez’s most ardent wish is that people read despegue, the book that won him the 28th LOEWE FOUNDATION International Poetry Prize. “That is the ultimate dream,” he admitted.

Víctor, who was born in Cuba, but has lived in the US for several decades, says that “when I lived in Cuba I was just a Cuban poet; now I am a Cuban poet specialising in Cuban poetry.” He admits that he had submitted his work for the LOEWE Prize on numerous occasions because it is “the most prestigious Spanish-speaking award in its category; not the one that pays the most, but the one everyone wants to win,” he explains. “The rigour, the jury, and the roster of winners are impressive. It is an honour to be among them.” 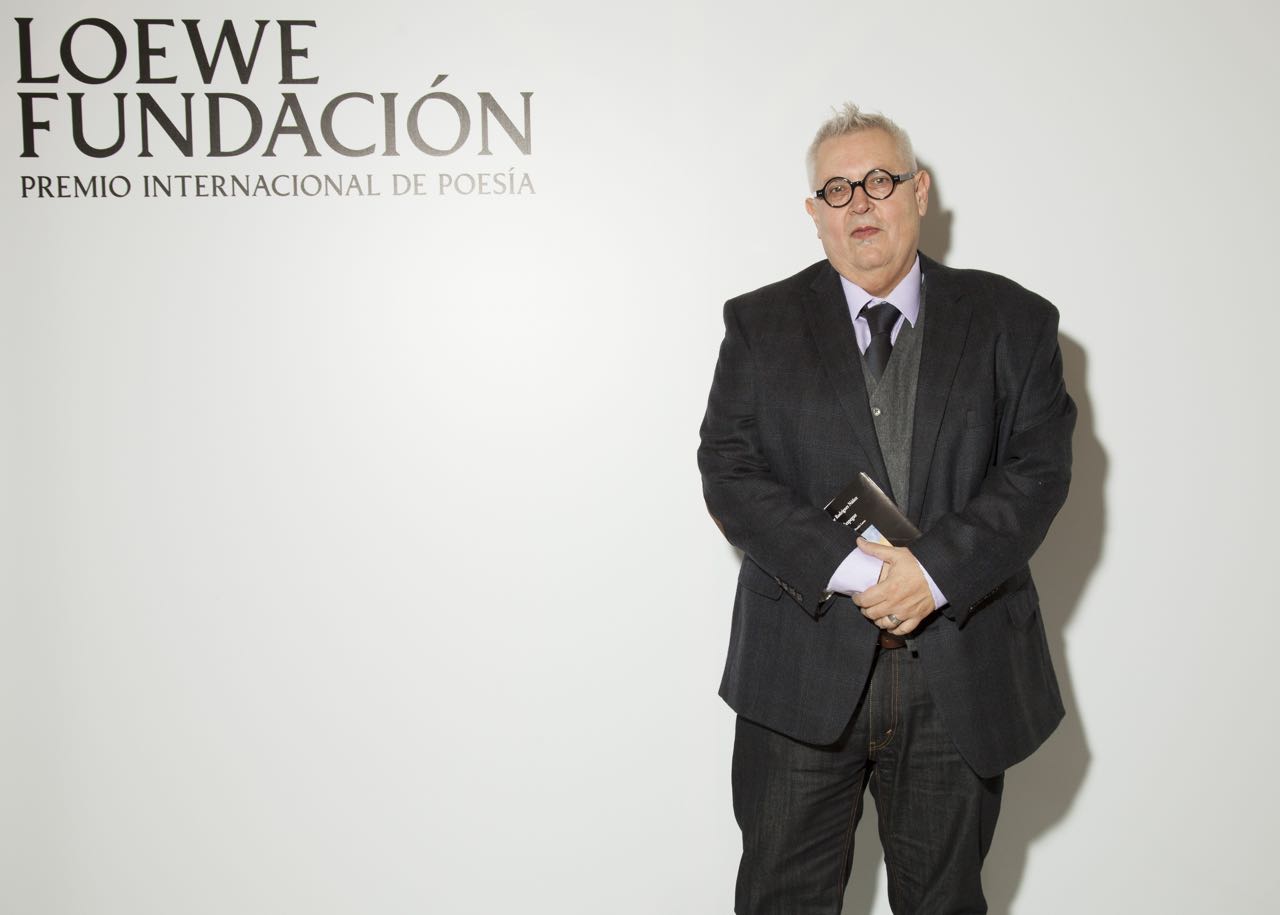 Laughing, he recognises that “each time I finished writing a book I would send it to LOEWE and only when I found out I hadn’t won would I submit it elsewhere.” That is why he is “so proud to have finally won” and is grateful “to all those who have made it difficult for me, because I am a better poet for it. Struggling benefits all artists.”

This is, without a doubt, a career highlight for Rodríguez Nuñez, but he finds it difficult to define the type of writer he is. “One is not always the same poet; we are constantly changing. What is important is to recognise when the change is taking place. It’s a serious problem when one tries to resist change; it is detrimental to one’s work. Identities don’t actually exist. The only thing that exists is change. One’s identity is linked to the Spanish verb “ser”, ‘Being’ with a capital B, and that state is nothing but an illusion. The verb “estar” is more expressive of one’s present ‘state of being’. The distinction between these two verbs, one that doesn’t exist in other languages, is representative of the richness and nuance of Spanish.”

He is, however, very sure about one of the traits of his poetic personality: his independence. “I don’t belong to any group and I don’t know anybody. I am neither an official nor a dissident Cuban writer. I am an independent writer,” he explains, “and one pays dearly for that. I have been excluded from anthologies and other publications….I don’t have an editor. I have been able to publish my work by submitting entries to different contests and, in the long run, that has given me a lot of confidence because I have won important prizes without knowing anyone.” He explains that “what I write has been well received for its own merit” and “that gives me immense satisfaction,” so “I am very grateful to Spain for the recognition I have received here because it has been an outlet for me.” Without hesitating, he adds, “I have found myself as a poet.”

With regards to the media coverage the Prize has received, he explains, “the announcement was published in all the most important newspapers in Latin America.” So he warns with humour: “if last year there were eight hundred entries, this year there might be a thousand!” And as to his presence as a jury member in next year’s edition, he says, “I will have to do my part to find the winner among that jungle of poems!”