The protagonist of the first memorable moment of the LOEWE Foundation International Poetry Prize award ceremony in its 28th edition, held this past Thursday in Madrid’s Hotel Palace, was Enrique Loewe Knappe, the firm’s patriarch, who died last week. It was his son Enrique, the person behind the creation of the award, who remembered him. 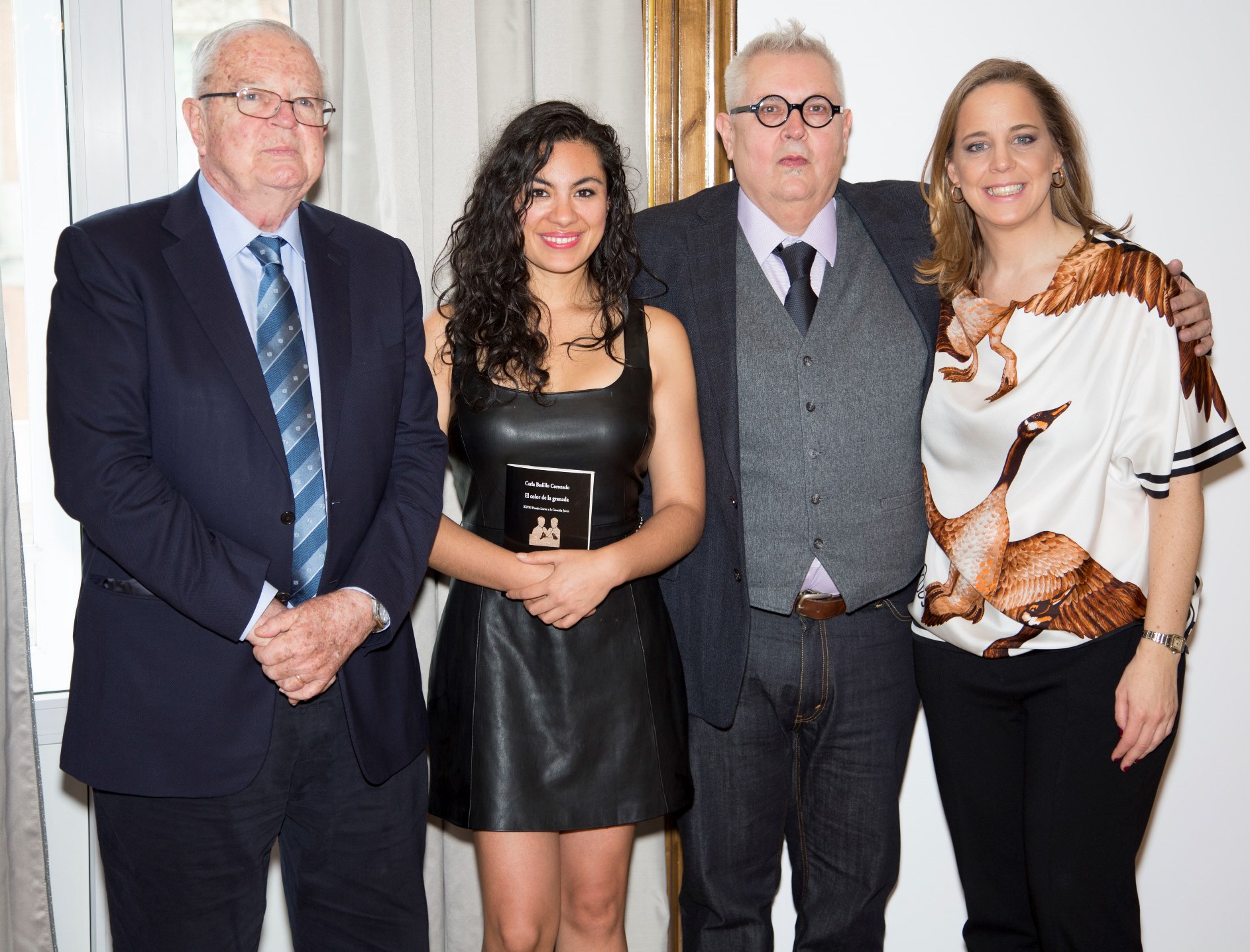 Poet Chantal Maillard was responsible for the second one. Maillard, who generally shies away from public literary ceremonies and celebrations, agreed to present the work by Carla Badillo Coronado (Quito, 1985), winner of the Young Poets Prize, after finding that the words in El color de la granada were “devoid of gimmicks”. She believes that the Ecuadorian writer is “someone who knows that poems are not made, but rather found. Someone who remembers that a poem is a vehicle for humility”. She warned against prizes, which she feels can be double edged swords: distracting and illuminating in equal measure. She encouraged Carla to keep her focus, avoid distractions and “lie low when the bright lights come calling”. When Carla spoke, she talked about poetry as a personal trench from where she may “face life, face death and face herself”.

The third emotional moment (and humorous as well) took place when Cuban writer Abilio Estévez took the podium to introduce his friend Víctor Rodríguez Núñez (Havana, 1955), winner of this year’s LOEWE Prize. They both worked for cultural magazine El caimán barbudo during the 1980’s, the winner as the director and he, as a distracted copy editor. Estévez gave an overview of his friend’s book remembering that “up in the clouds no one is a foreigner” and that even after exile’s longest night “morning inevitably dawns”. When Rodríguez Núñez spoke, he quoted José Martí to highlight that “poetry is more important than agriculture” and closed by reading the last poem in despegue, the winning book: “mas este espacio tiene su compás / ni la muerte se apura llega tarde / por un sitio decente / a sacudir el ser con un trapito”.