For more than forty years, designer Vicente Vela gave his all to LOEWE’s creative project working from his office inside the building that housed the firm’s Madrid headquarters on Serrano Street. On the ground floor of that same building, where LOEWE’s emblematic flagship store is still located today, much of his legacy to the fashion house is currently on exhibit.

Following the modernisation that LOEWE went through under the leadership of architect Javier Carvajal – who was the mastermind behind the Serrano flagship renovation in 1958, establishing what would become LOEWE’s modern stamp of “Spanishness” – Vicente Vela took that new spirit of transformation to all corners of the house. Breathing Spanish culture from his pores – he was a prominent oil on canvas painter – Vela allowed the Prado Museum, the aesthetics of hunting, and modernist Barcelona to imbue the designs of handbags, scarves, ties, decorative pieces and travel products. The colour palette of great Spanish painters came to life, reaching the streets for the first time ever and blending into a society finally ready for change and willing to be dazzled. 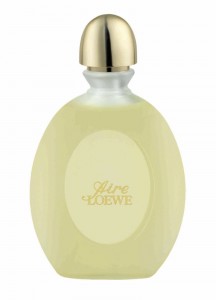 Vela is remembered most especially for creating the beautiful emblem that gave LOEWE its identity. Stamped on the house’s leather products, the famous four Ls, with their double and magical symmetry, are recognised today the world over. However, we must also remember his years of collaborative work with the great designers who worked at LOEWE during his tenure at the fashion house: Giorgio Armani, Karl Lagerfeld, Dario Rossi, Laura Biagiotti, Roger Vivier, Andrea Pfister and Renzo Zengiaro.

A year after his death, this exhibit showcases Vicente Vela’s universe, including his contributions to LOEWE, as well as his boundless and respectful creativity which flowed freely and unstoppable and gave the Spanish Brand its distinctive identity.