Could anyone imagine a better way to celebrate the International Book Day than having a conversation with a poet? María Gómez Lara, whose book Contratono won the 27th Loewe Foundation International Poetry Award for Young Poets shows a big hope and on writing. “I think I cannot realise yet what it means”, says María.

This young Colombian had just finished her book and had started to look for an appropriate publisher when she heard about the Loewe Award. “I had read about it, but I could not remember that a Young Poets Award category even existed; when I found out, I thought it was just a signal: I had to try.” Her previous book was published three years earlier and she had been working on Contratono for two years, so the young poet felt that “even if I wished to keep working on it, the poetic voice was already there. After organizing the poems over and over, I felt that I had finally found the last piece of the puzzle”. 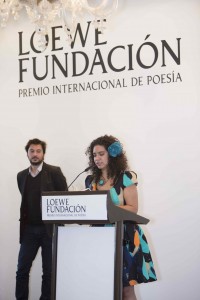 María knew very well Elena Medel’s writings, the young poet awarded the previous year, and she admired her work. “I was very interested in her poems and I understood the poetic quality of the young winners of the previous years. That was one of the incentives to participate and I really enjoyed meeting her in person”. Among the books previously awarded, she remembers Los desengaños, by Antonio Lucas: “It is very well written; one can see from afar his poetic craft. I was lucky enough to have him presenting me in the Loewe ceremony”, she says; and Playstation, written by Cristina Peri Rossi: “Only when I was searching about the Loewe Award I found out that her book had won before, but I already had it in my library, among her other books: her poetry touches me”. María Gómez Lara admires the work of Óscar Hahn, the poet awarded together with her. She says it was “a very happy coincidence that we were both honoured the same year”.

She knew and admired all the members of the Jury. “It was just incredible to have the opportunity to have such a prestigious Jury reading my book. By chance, I was carrying one of the books by Ida Vitale in my bag during that Summer I was going to send my manuscript to the Loewe Award. Also by chance, she was a member of the Jury that same year”. 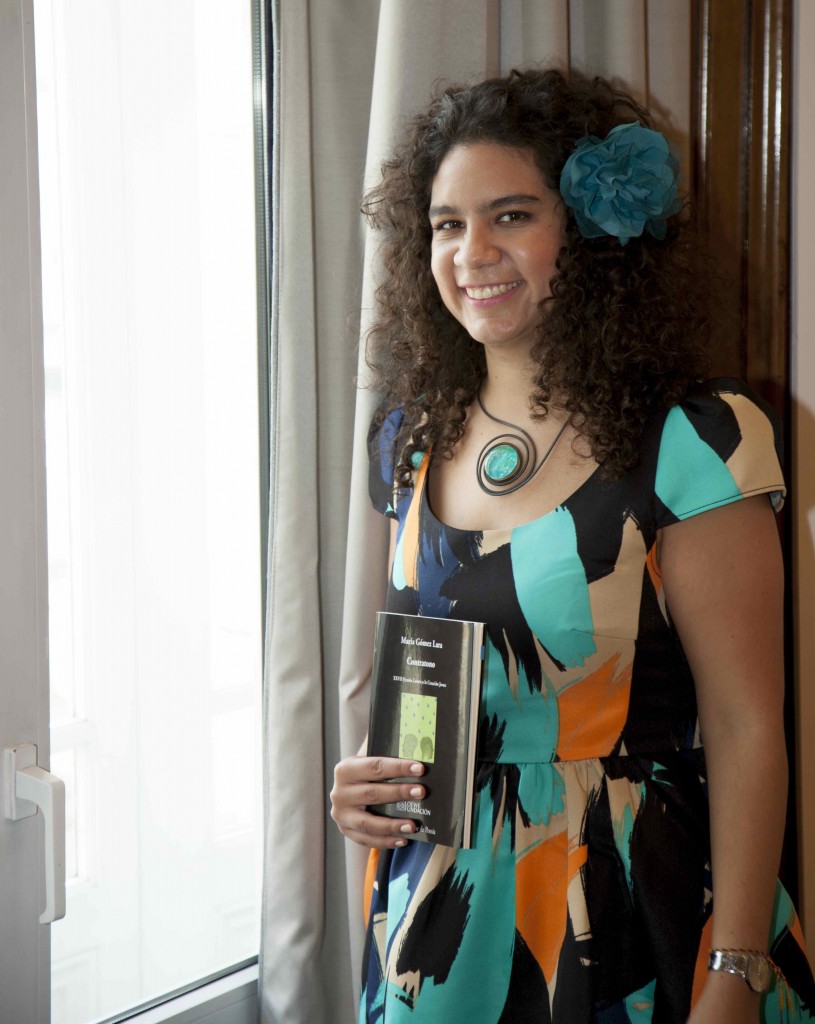 The young poet hopes to “survive under the academic work that my PhD involves” as she is completing a degree in Harvard University, but she is also thinking about her next new book. María started to work on it while she was still writing Contratono. “I realised that some of my poems belonged to a different universe; I was already writing differently”. Gómez Lara has always shared her life with poetry. “Even before I could write, when I could merely play with words, I liked to repeat little verses making rythms; it was like playing. And poetry became the most serious thing for me. I mean, still a game. The most serious things about life are also sort of a game. Then, I kept on finding in poetry a place to hide, a home, a different logic, a new language; I found this music that moved me, this door towards so many worlds that nuanced the world.”